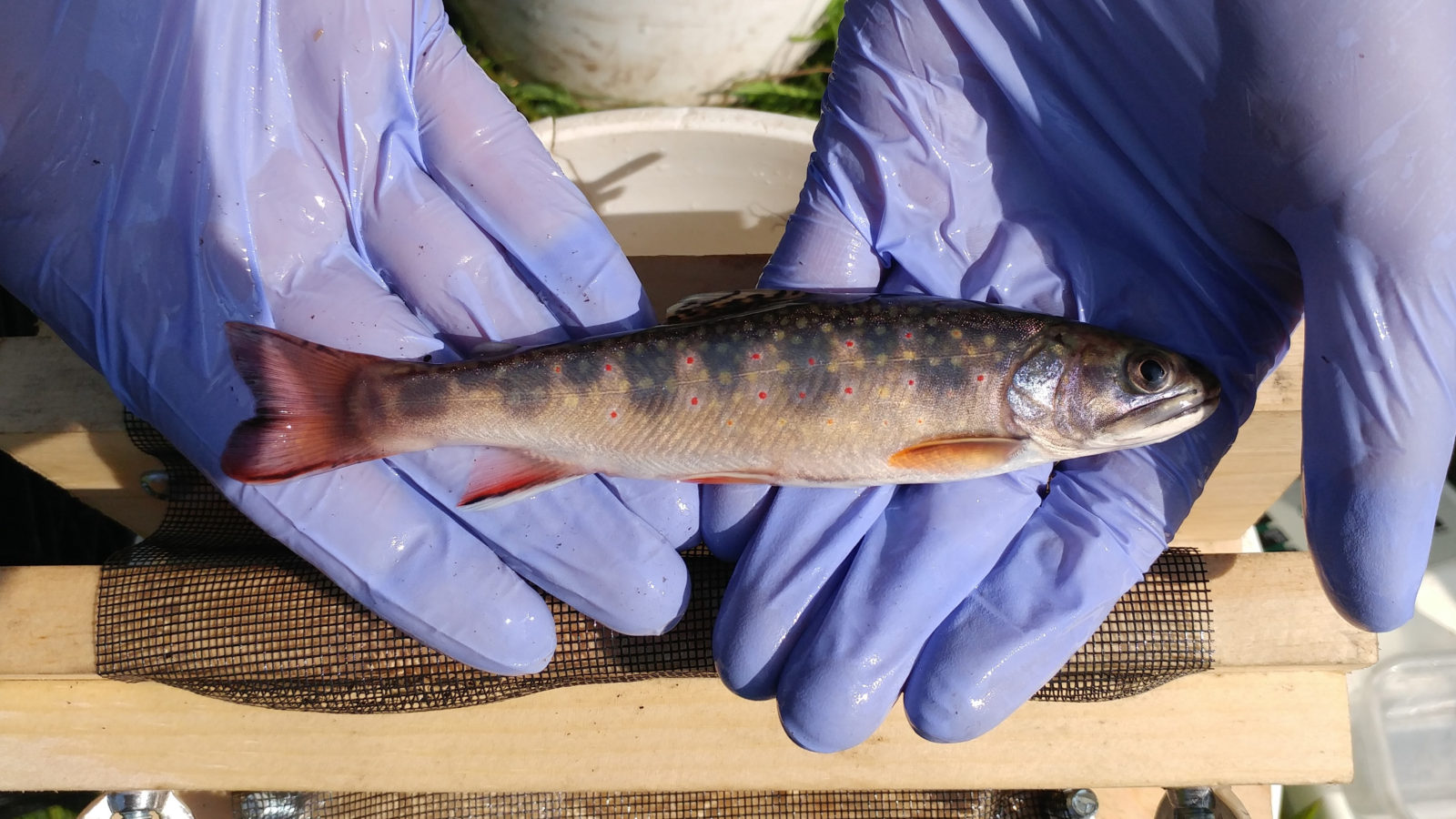 Sponsored By: Lynn and Larry Smith

It only took a moment to make the decision to sponsor a Harper Creek brook trout. We have been running Cavan Chiropractic for 35 years and what a fun way to celebrate this milestone. Daughter, Hayley, who joined the business as a Registered Massage Therapist, agreed as long as she could name the fish.

So the debate over naming the fish began. It only took a couple of days but in keeping with the Chiropractic theme, our trout will be called Chiro.

We envision a fish with a well-adjusted spine, exercising, stretching regularly and eating properly!

We look forward to being involved with this study. Research often answers questions, but then opens the door for more questions. So much to learn about the intricacies of the natural world! This project will give us a glimpse into the life of Harper Creek brook trout and a better understanding of how we can protect them.

In our office we will share with our clients the ‘story’ that develops for Chiro and the Harper Creek brook trout.

Chiro was the first trout to receive a radio tag implant, and so becomes the first of the research ‘brookies’ to give us a close-up view of the beautiful patterning associated with this species.  Quite notable are the dark, vertical markings on Chiro’s flanks which are called parr marks. While parr marks may indicate that Chiro is still young, according to Fish & Wildlife professor, Don McLeod, “the presence of parr marks does not always mean the fish is at the juvenile stage. For ‘normal’ populations of Brook Trout that tend to get larger, especially up north, the parr marks disappear as the fish get larger and mature. However, slower growing fish at the southern limits of the Brook Trout range will often include adult fish with parr marks.”

It isn’t just age that is difficult to determine in living brook trout; Scott’s team is also unable to definitively determine Chiro’s gender.  However, with respect to sex determination, Scott notes that there are physical traits in adult trout – it is much more difficult to discern key gender traits at the juvenile stage – that aid in making an educated guess. For example, male trout will often display a more elongated or pointed mouth with brighter colouration.  Female trout have the blunter snout, and less striking colouration then their male counterparts. This difference is most dramatic during spawning, enabling a better visual ‘guess’, but unfortunately it seems that postmortem is the only time in which an accurate determination of gender and age can be made.

Chiro is now back in the water with the new tag safely implanted.