During the outdoor activities we were split up into two groups. The first group learned about stream morphology and how to properly measure the width and depth of a specified channel. Meanwhile, the second group had some fun kicking around the stream bottom as we learned the kick and sweep method used for collecting benthic invertebrates.

After collecting our invertebrates, we needed to identify them. The species of “bugs” found can tell us more about the quality of the water.

We had to transfer the stream water from the larger buckets to smaller containers so we were able to see the bugs in the murky water. Looks like Kim found something! 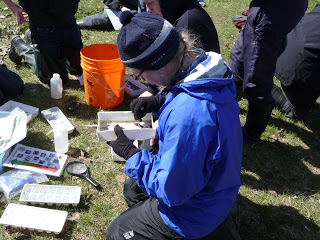 Everyone got a chance to search for bugs and by the looks of it Jess is having troubles finding any at all! 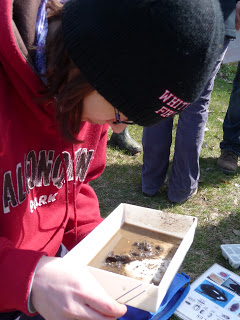 Jess spreads a portion of her sample out into a tray making it easier to find and identify stream invertebrates. 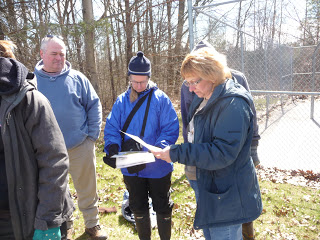 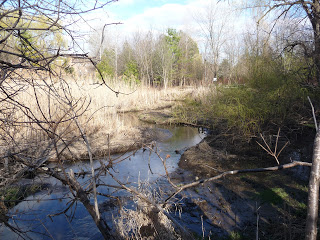 To end this wonderful workshop the whole group carpooled to a number of different streams that had already been remediated. This meandering stream was the last stop of the day in Richmond Hill ON.

A big thank you to the Community Stream Steward Program for an excellent workshop!