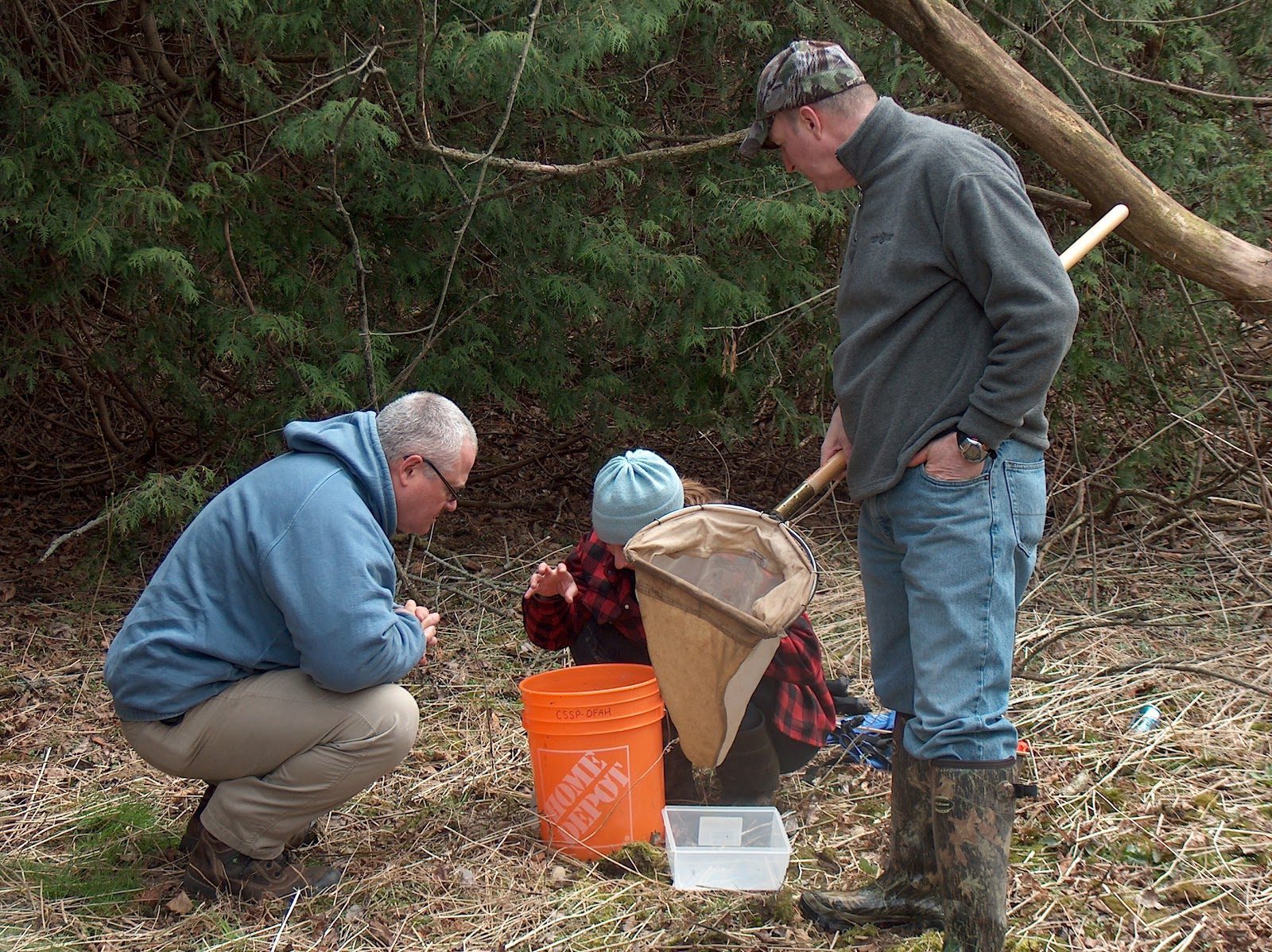 During the outdoor activities we were split up into two groups. The first group learned about stream morphology and how to properly measure the width and depth of a specified channel. Meanwhile, the second group had some fun kicking around the stream bottom as we learned the kick and sweep method used for collecting