Have you ever ventured into your favourite natural space and happened upon an exciting new plant or animal?

Whether in familiar surroundings, or new territory, we humans are creatures of observation, and we love to categorize and organize our observations to help us make sense of  the world around us. Identifying flora and fauna turns the intrepid hiker into one of nature’s detectives, and a key player in the annals of natural history.

So, you’ve just seen something new that aroused your curiosity. After consulting your field guides and making a tentative ID, affirmation that you have correctly identified your species would be gratifying.  Or, perhaps you remain mystified…

Now there is a way to share and confirm the identification of your discovery with a host of other naturalists and scientists through a web based site called iNaturalist.  All it takes is a cell phone, or camera and you are on your way to solving your mystery while also  contributing … 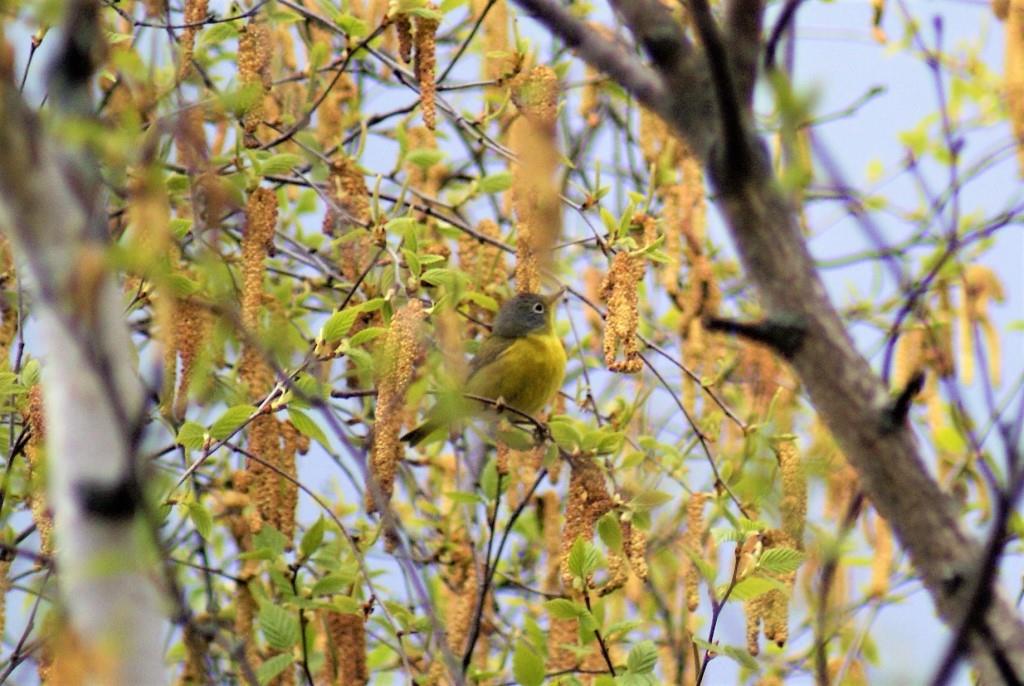 It’s early on a crisp Tuesday morning, much of the city is still asleep, and the sun has just risen over the horizon. This is not normally a time of day that I have appointments in my schedule, but for the last several weeks I have been joining a group of experienced ornithologists, cataloguing the incredible bird life that is migrating through Harper Park. This has been part of an effort over the last few months to catalogue as much of the flora and fauna in Harper Park as possible.

The People Behind the Project

I know that it is never wise to try and thank all of the people who make a project possible because there is always the risk of missing someone, and unfortunately it is the same with pictures.  For instance, I don’t have a picture of our photographer Gina Varrin, or of Sheila Nabigon-Howlett from the Council of Canadians who sat at the information table on Friday afternoon, of J.B. Jaboor who fixed our anchor driver, or of my husband Mark who helped with so many of the logistics, but had to work elsewhere during the two days of the project.

However, pictures are fun and they tell the story, so with apologies to those whose lovely countenances are missing from this post, on with the story…. 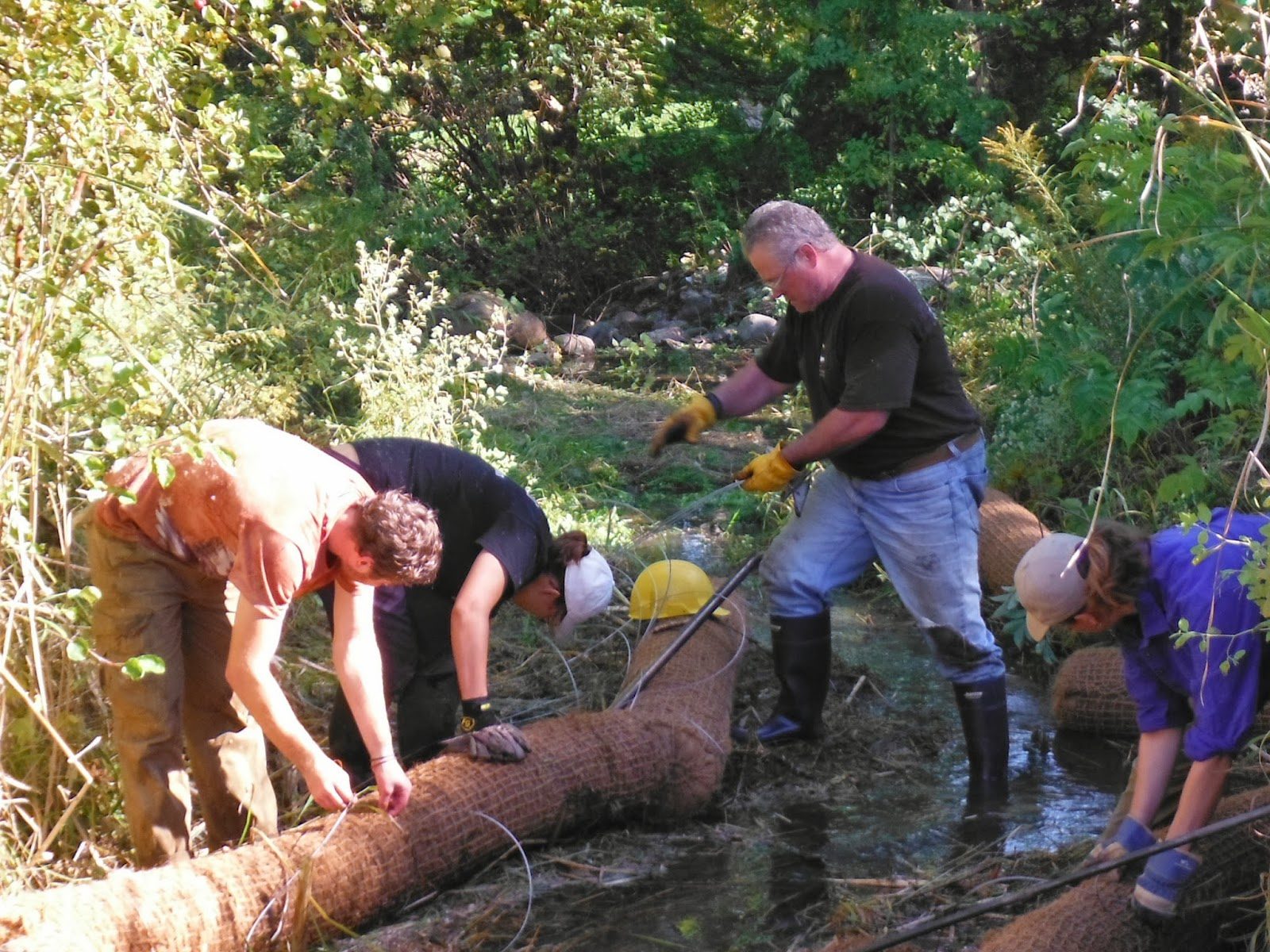 We could not have been luckier today; it was dry, warm and the winds were calm.  The “dry” was really important for this first stage of our project as even a small rain event would have caused a significant discharge from the stormwater pond into the stream where we planned to work.  Also, the coir logs, seen below, while fairly light when dry, are quick to wick up moisture, making them pretty unwieldy when wet! 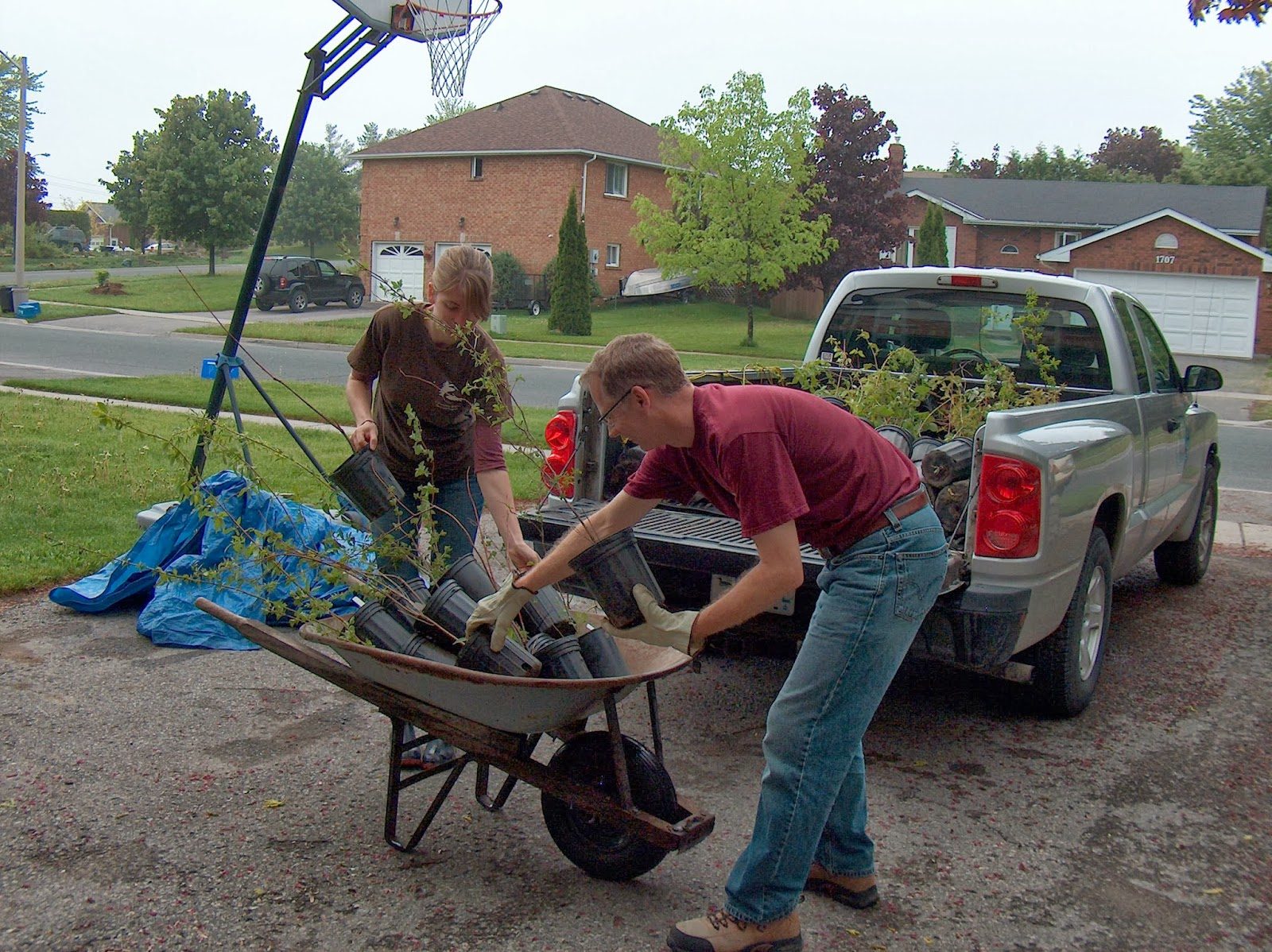 Pulling it all together

The level of excitement has been growing all summer.  Since Lauren Sharkey, coordinator of the Community Stream Steward Program (CSSP), first dropped off 97 native shrubs at the Zippel’s house in May, the HPSI executive have been dreaming up possible stream remediation projects.

An Opportunity to Make a Difference: Our First Remediation Project! was last modified: June 28th, 2017 by Kim Zippel… 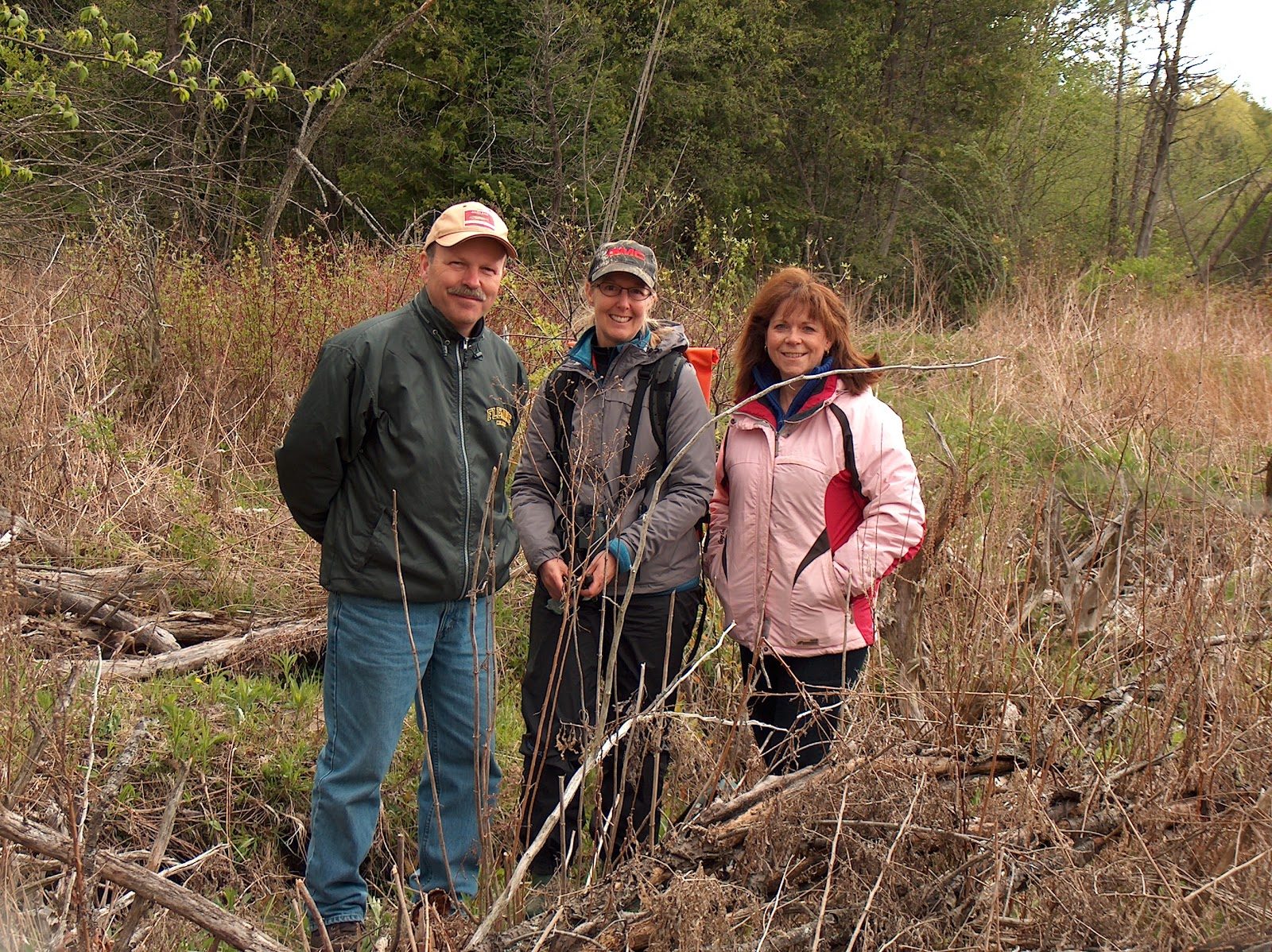 Instead of  breakfast in bed, Councillor Lesley Parnell chose to spend her Mother’s Day morning exploring the periphery of Harper Park.  Guided by the expertise of recently retired Fleming College Fish and Wildlife professor, Don McLeod, Lesley joined Kim and Mark Zippel of the HPSI to gain some “boots on the ground” knowledge of Harper Park, Creek and Wetland.

A Mother’s Day Walk on the Wild Side with Otonabee Ward Councillor Lesley Parnell was last modified: June 28th, 2017 by Kim Zippel…

Many HPSI members, and faithful HPSI blog followers, live in Peterborough, or within the Greater Peterborough Area, and therefore frequently benefit from the exceptional offerings of our postsecondary communities, Trent University and Fleming College.  One of the wonderful things about living in the midst of academia is the opportunity to stay in tune with the latest in research on issues that impact our lives today, and influence our collective tomorrows. 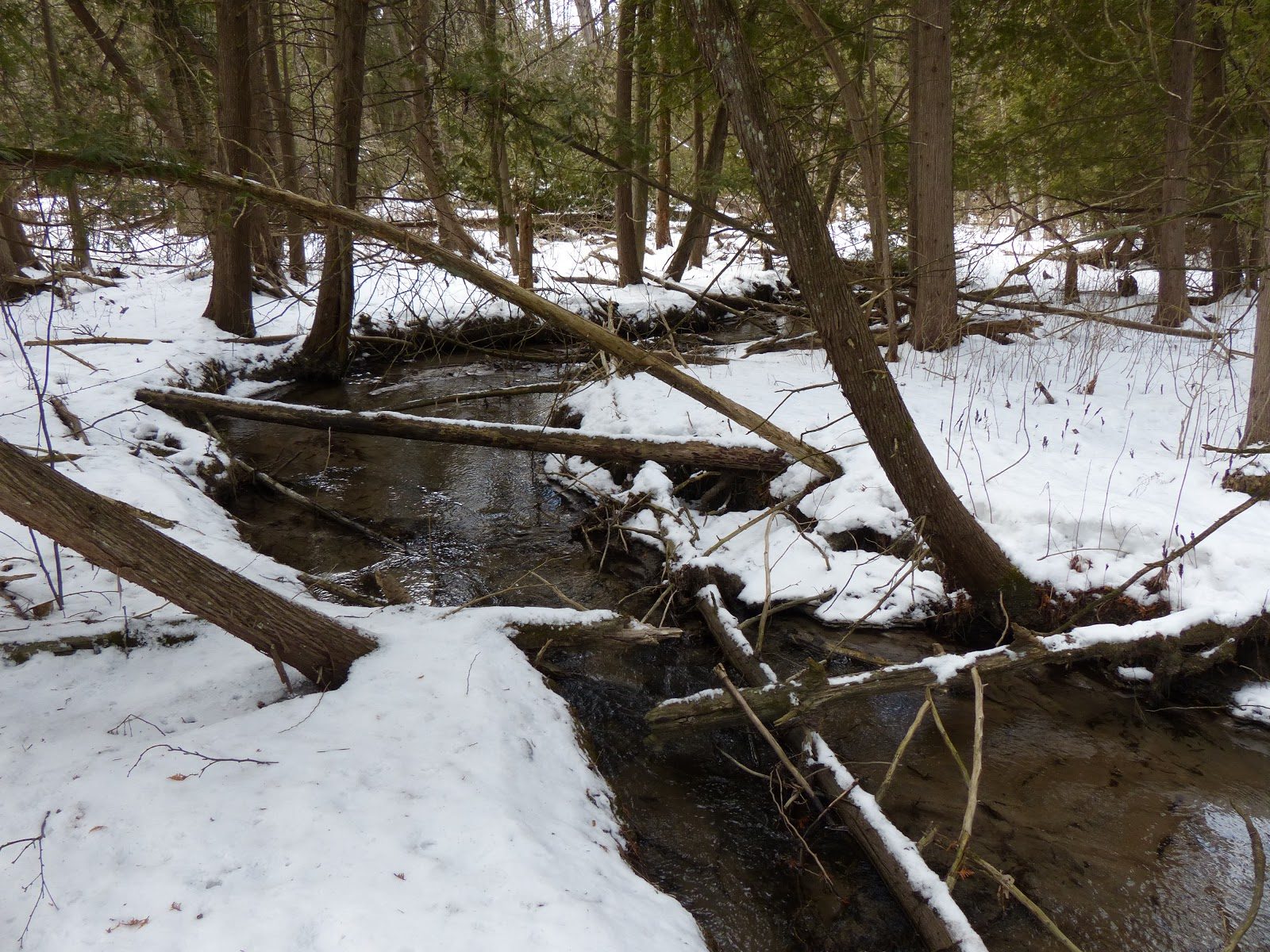 Harper Park remains relatively unknown to the citizens of Peterborough. Some may say that this is a bonus, that the cryptic nature of the park has allowed it to remain in its natural state, with its wild inhabitants relatively undisturbed.  The flip side of this argument of course, is that it is hard to feel an attachment to a place if you have never interacted with it in a meaningful way.  Such is the conundrum with Harper …

Well, it seems like only yesterday, but it was actually October 13’th acknowledged the beleaguered blogger, that a fantastic group of 14 enthusiastic stewards hauled some major trash out of Bridlewood and Harper Parks. An important goal of the HPSI is to promote nature-based education, as well as aesthetic and spiritual enjoyment of Harper Park.  Removing hazards from the park facilitates this goal by increasing the safety of those who regularly enjoy the natural beauty of this ecologically diverse nature area through quiet walks, photography and bird watching. 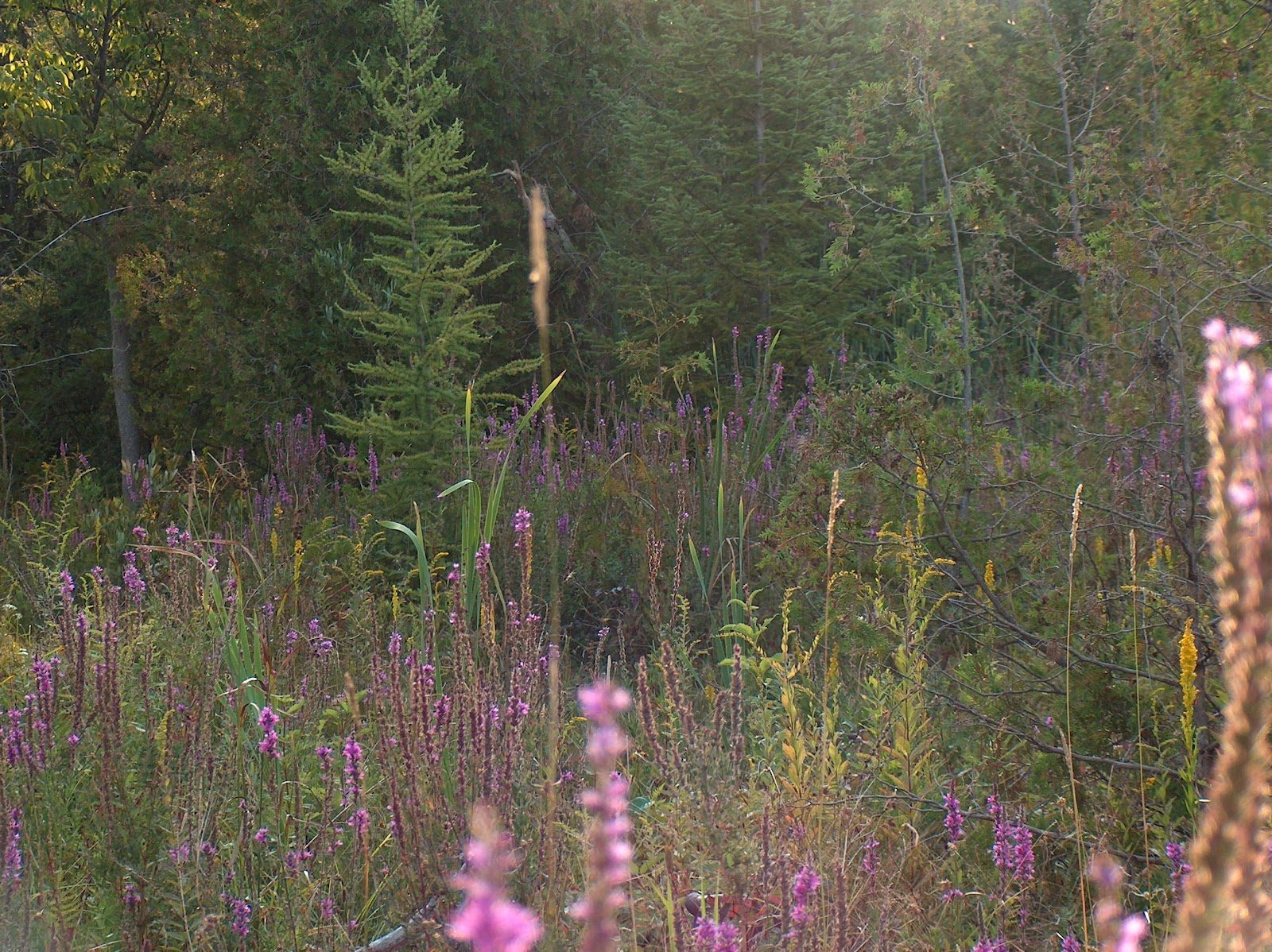 1.  On July 31, Kim Zippel met with Renee Recoskie of Dillon Consulting Ltd.  Dillon Consulting Ltd., as you may remember from a previous post, was the firm awarded the contract to complete the initial Environmental Site Investigation of the Harper Road landfill.  Renee informed Kim that Dillon would NOT be using the North Tributary as a reference stream for their sampling program.  The HPSI have been given the go-ahead from Dillon to complete enhancement work within the park, as long as the date and location of